As the holiday season is upon us, I hope you’re having a lovely time, whatever and however you celebrate. And if you’re still looking for some gifts, allow me to recommend some books!

Everything on this list is something I read this year, which doesn’t necessarily mean it was published this year. I did read a lot of new things; I also did a lot of whittling down the TBR and catching-up on things I’d somehow missed. I read 116 books this year (so far! Still a couple of weeks left, after all) and enjoyed most of them! But in the interests of a somewhat-concise list, here are ten that I could most easily imagine a hypothetical ideal reader for:

Because Internet, by Gretchen McCulloch
Buy it for: Whoever you know that’s addicted to the most social media platforms or that family member who still asks if you’re on the Google
Because Internet is an absolutely fascinating study at the language of the internet and how it has evolved over the past few decades. McCulloch dissects the informal written communication that has really only developed with the internet, how we learn it, how people of different ages and online entry points learn it differently, and how it keeps changing. I have flung this book at so many people. 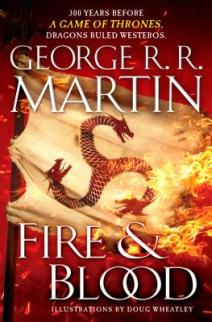 Fire & Blood, by George R R Martin
Buy it for: That friend who was losing her gd mind during the Game of Thrones final season
Fire & Blood will not be a five-star read for everyone, but if you’ve got a friend who seems to have encyclopedic knowledge of fictional universes, then this book will be a five-star for her as it was for me. This in-universe history of House Targaryen is wonderfully involved, but also a tongue-in-cheek examination of historiography and textual transmission. It’s a deep dive and perfect for the hyperfixation-prone geek in your life. I loved it so much I actually consumed it twice this year, once in print and once in audio.

The Thorn of Dentonhill, by Marshall Ryan Maresca
Buy it for: Someone who loved Terry Pratchett’s Discworld
The Thorn of Dentonhill is the first in a truly epic series, though each book is a self-contained adventure. Overall, Maresca has written an astonishing twelve novels in the Maradaine saga, ten of which are currently out, following four different groups of citizens of Maradaine whose stories interweave with each other. (You could start with the first book in one of the other sub-series, but I read them in chronology of release). Maradaine is not so absurd a place as Ankh-Morpork, nor as overtly allegorical, but the stories share a street-level view of a complex fantasy realm. Our heroes often tack along different moral, ethical, and practical lines from each other, but all are sympathetic, compelling, and fascinating. 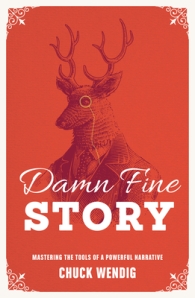 Damn Fine Story, by Chuck Wendig
Buy it for: Your friend who spent November in a NaNoWriMo frenzy
Damn Fine Story is a great dissection of the craft of writing, composed with Wendig’s particular brand of incisive irreverence. I tend to be picky about craft books, because it’s so hard to find one with a tone I don’t find abrasive to my own sensibilities, but this one was a treat. It provides some basic storybuilding terminology, but it also breaks down a lot of the why stories work and how to use what you enjoy about the stories you love, as a consumer of fiction, to build compelling narratives as a writer.

Geekerella, by Ashley Poston
Buy it for: A hopeless romantic who goes to nerd conventions like Dragon*Con or NYCC
Geekerella and its sequel, The Princess and the Fangirl, are just charming as all-get-out. These are YA romances built around the conceit of a Star Trek-esque show’s reboot and the subsequent fan fallout. The fairy-tale strains are clever without weighing down the stories, and the easter eggs for geeks are an absolute delight. These books are fresh, witty, and have so much heart. I found myself squealing out loud with pure joy at so many points in each one — and talking out loud to the characters, as though they could hear my advice. 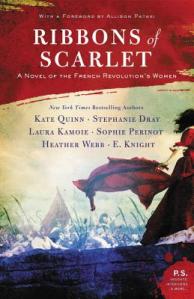 Ribbons of Scarlet, Kate Quinn, Stephanie Dray, Laura Kamoie, E. Knight, Sophie Perinot, Heather Webb
Buy it for: A virtuous citoyenne or readers who you often see with those historical novels where there’s a woman in period dress looking over a cityscape on the cover
Ribbons of Scarlet is the story of the French Revolution told through some of its women, and told by a collection of wonderful historical fiction authors. It offers a complex view, featuring women from all strata of society and all kinds of political opinions. You also see some of those opinions shift over time: under the pressures of the Revolution, some women become more radical, and some less. 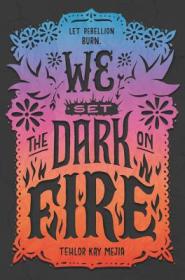 We Set the Dark on Fire, by Tehlor Kay Mejia
Buy it for: A reader who loved The Hunger Games and The Handmaid’s Tale
We Set the Dark on Fire is an absolutely gorgeously imagined dystopian tale set in a Latinx-flavored secondworld. The power negotiations in this book are intricate, layered, and dangerous. The world Mejia builds is intriguing and has curious mythological underpinnings. I absolutely love the twist that Mejia puts on the traditional YA dystopian love triangle; that alone would make the book worth reading. The heroine’s voice is also so strong and exciting.

House of Salt and Sorrows, by Erin A. Craig
Buy it for: A reader who loves fairy tales
House of Salt and Sorrows is one of the most absorbing books I read all year. It’s a gothic mystery, a mythological epic, and an atmospheric fairy tale all wrapped up into one tale designed to consume a reader’s imagination. It goes to some seriously dark places, which took me by surprise and which I appreciated. Based very loosely on The 12 Dancing Princesses, this is a book to get lost in, and it would be particularly good to curl up with in the deep chill of winter. 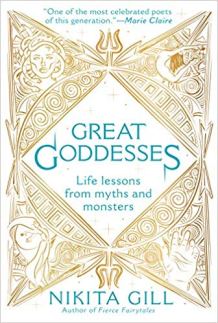 Great Goddesses, by Nikita Gill
Buy it for: A strident feminist still searching for beauty in a rough world
Great Goddesses is a stunning poetry collection — and I say this as someone who is not always a fan of poetry. Gill explores the women of Greek mythology, from the primordial forces of night and chaos to the titanesses and goddesses with incredible powers to the mortal women damaged by the gods’ designs. Each one is an indictment of patriarchy; many have a particularly vicious-glorious energy that I really enjoyed. It’s not always an easy read, since so many stories cut straight through heart and mind down to ichor and bone, but it’s cathartic and gorgeous.

The Lady’s Guide to Celestial Mechanics, by Olivia Waite
Buy it for: A romance novel reader with a sense of adventure or someone who liked Gentleman Jack but wants something a bit softer
The Lady’s Guide to Celestial Mechanics is queer historical romance! Yes, thank you, more of this, please! It hits all the standard beats that a romance novel should, so you get that comfy and familiar feeling while reading it. It just happens to feature a f/f pairing. Both ladies are charming and interesting characters, and the focus on science within the story is also refreshing. I was reminded a lot of Courtney Milan’s and Lisa Kleypas’s books while reading this one.

So those are some focused recommendations! I encourage you to look for them at a local independent bookstore, if you can.

Other things I really enjoyed this year:

We didn’t quite hit 50 reviews on From Unseen Fire, but we’re closer than we were a month ago! I’ll call that a win, so —

As promised! 30 reviews of books I’ve enjoyed, all of which I posted to Amazon over the past 30 days! There’s a broad range here — YA and adult and even middle grade, science and history, fantasy and sci-fi and romance and more. Do yourself a favor and check some of these out!

Fuse Literary (the agency that represents me) ran a reclist on Tumblr for Black History Month all through the month of February, and they’re looking to do so again in March for Women’s History Month. Since this is an area of personal interest and importance to me, I took up the challenge when they asked for some recs — and I thought I’d share them with y’all, too.

Admittedly my list cants towards medieval and Renaissance studies in England and western Europe, since that was the main focus of both my undergraduate and graduate studies, with a hefty dose of the classics thrown in for good measure. I’m hoping that the recs I see this month will help me build a diverse to-read list! I need to expand my horizons past the bounds of what I focused on in school. And yes, not all of the historical fiction is perfect from the view of historiography (neither, for that matter, are some of the older nonfiction titles) — but that’s okay. Historical fiction doesn’t have to be 100% accurate to serve the purposes of getting readers interested in the topic and of raising the visibility of women in history.  My rec doesn’t mean that the book is 100% flawless — it means I enjoyed it, I think others would, and I think it helps the cause of women’s history month.

So — What are some of your favorite books about women in history, fiction or nonfiction? I only have about eight books sitting on my to-read shelf at the moment, so clearly I need some more. 😉