So I’m almost done with this round of revisions. I’m at the point where I’m doing the penultimate read-through, which will hopefully make sure I catch any continuity errors created by my changes thus far and that I fill in any major omissions from the points raised by the editorial letter. Then the final read-through before sending things back to Sarah will be on hard copy, which is the best way for me to catch the tiny typo-like things. (Or places where I “pull a Cass” — leaving a sentence unfinished because I got distracted partway through writing it).

This round has involved a lot of filling in the edges of my worldbuilding. Sarah had a lot of questions about the world of Aven, about the political and religious systems, the economy, social classes, etc. The social history, really, the demographics and dynamics at play. These are things that I have swirling about in my head when I’m writing, but I hadn’t really pinned them down in specifics yet — because I hadn’t had to in the same way I’d had to be specific about, say, geography. It’s the sort of stuff I love — and the sort of stuff I actually sort of fear writing down, because too much of it can turn an otherwise sensible chapter into an encyclopedia entry. (I say this as someone who read the encyclopedia for fun as a child, so it doesn’t always occur to me that other people might not find that sort of chapter interesting. It’s something I have to check myself on — or be checked on by others).

But sometimes I just plain need that encyclopedia entry, at least for my own head. In order to find the places where I can drop a casual reference, hint at a larger world, I need to take it out of the blurry background noise of my brain and shape it into something concrete. And frequently, I find I need to do that sort of brainstorming by hand.

So, as a quick update and a teaser, I thought I’d share what a few of those world-building documents have looked like over the past couple of weeks. Plus, a chance for y’all to see just how bad my handwriting is. 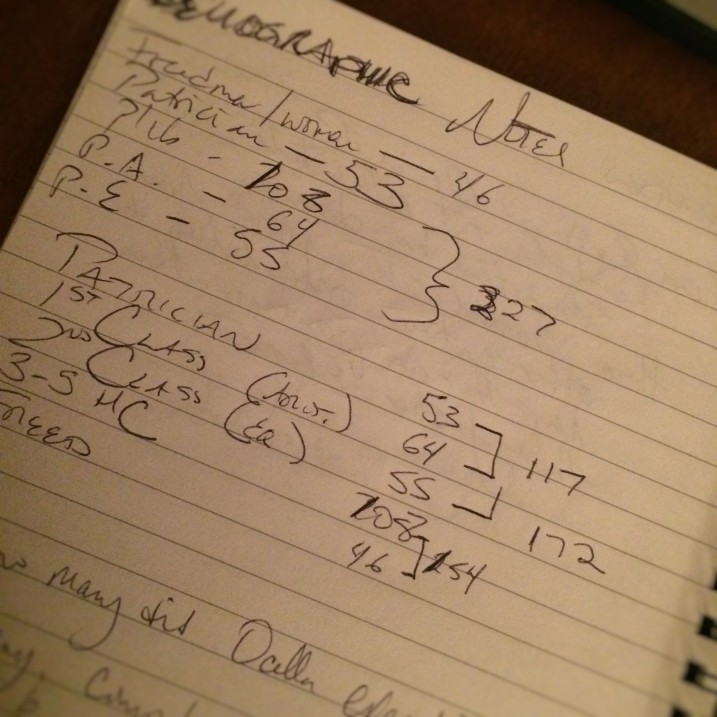 Math is really not my strong suit, but pinning the numbers down on a page helps. 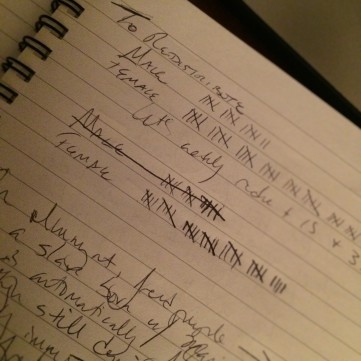 This was keeping track of something I was doing in the spreadsheets.

Snippet of that massive spreadsheet I mentioned… 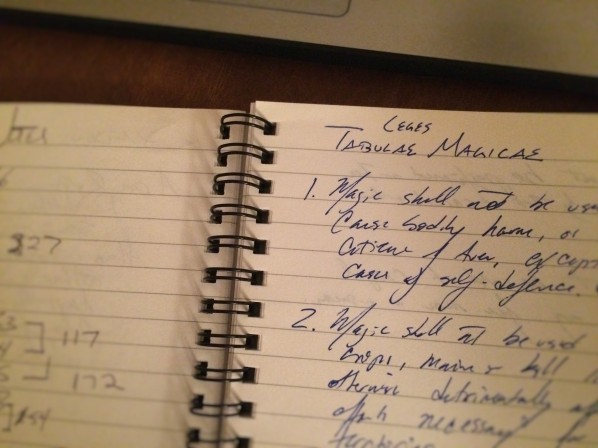